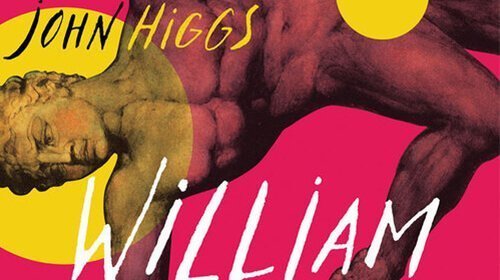 John Higgs joins us to discuss his new book William Blake Vs The World to change the way we see the world.

William Blake Vs The World

William Blake Vs The World

John Higgs joins us to discuss his new book William Blake Vs The World.

Poet, artist, visionary and author of the unofficial English national anthem ‘Jerusalem’, William Blake is an archetypal misunderstood genius. His life passed without recognition and he worked without reward, mocked, dismissed and misinterpreted. Yet from his ignoble end in a pauper’s grave, Blake now occupies a unique position – an artist that unites and attracts people from all corners of society, and a rare inclusive symbol of English identity.

Blake famously experienced visions, and it is these that shaped his attitude to politics, sex, religion, society and art. Thanks to the work of neuroscientists and psychologists, we are now in a better position to understand what was happening inside that remarkable mind, and gain a deeper appreciation of his brilliance. His timeless work, we will find, has never been more relevant.

In William Blake vs the World we return to a world of riots, revolutions and radicals, discuss movements from the Levellers of the sixteenth century to the psychedelic counterculture of the 1960s, and explore the latest discoveries in neurobiology, quantum physics and comparative religion. Taking the reader on wild detours into unfamiliar territory, John Higgs places the bewildering eccentricities of a most singular artist into context. And although the journey begins with us trying to understand him, we will ultimately discover that it is Blake who helps us to understand ourselves.

John Higgs is a writer who specialises in finding previously unsuspected narratives, hidden in obscure corners of our history and culture, which can change the way we see the world. His books include The KLF: Chaos, Magic and the Band who Burned a Million Pounds, Watling Street: Travels through Britain and its Ever-Present Past, The Future Starts Here: Adventures in the Twenty-First Century and the essay William Blake Now: Why He Matters More Than Ever. https://johnhiggs.com

← Blake and Dante Satanic Error and the Curse of Single Vision →