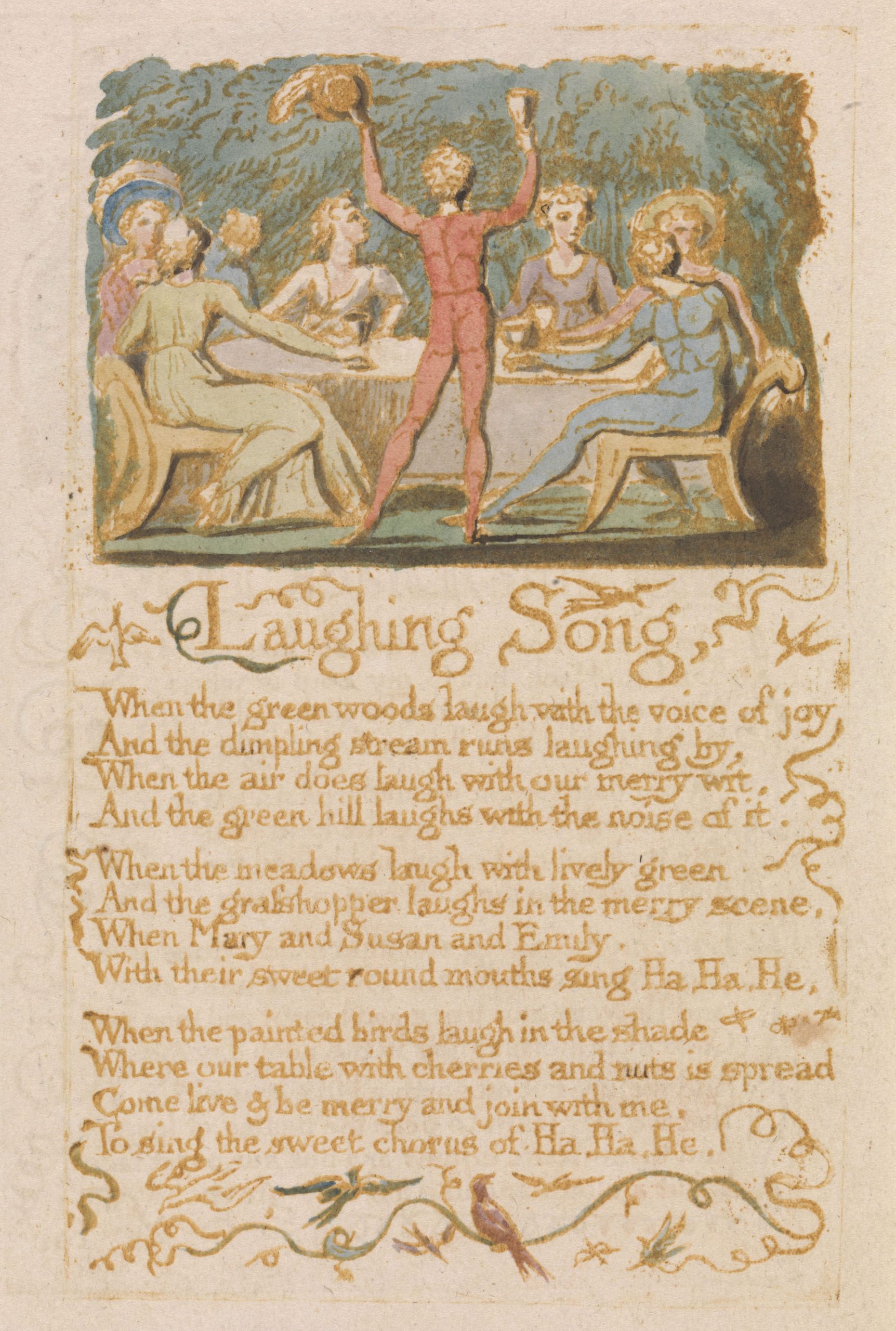 ​​‘I give you the end of a golden string,
Only wind it into a ball:
It will lead you in at Heavens gate,
Built in Jerusalems wall.’

The Blake Society was founded in 1985 and is a fast-growing community of members from all over the world. Whether you are just beginning to be curious about Blake’s work, or have been enjoying and studying it for decades, we welcome you into our Society. The Society’s aim is to celebrate the visionary work of William and Catherine Blake in all its manifestations of poetry, prose, and artwork. We also strive to inspire, to encourage and to give a platform to work arising from Blake’s incredible influence on artists, scientists, writers, musicians, performers and academics around the globe. We invite you to join us in this endeavour, exploring Blake’s work through live and online events of every kind. We look for opportunities to continue the work that Blake began: inspiring new modes of expression, and awakening the artist and prophet in each individual. Each year, our Tithe Grant competition gives away one tenth of our annual income to an artist whose work transforms Blake’s ideas for our age.

As a registered charity we charge a minimal amount for the many benefits of membership, which include free access to the majority of events, a free monthly email newsletter and a copy of the Blake Society journal, VALA.

The picture above shows the 1912 Society. We hope to invite you to join us in a photograph of our Blake Society, either in-person or through the magic of technology, in the not-too-distant future.

The Society has a distinguished pantheon of past Presidents and Patrons, including Philip Pullman and Kathleen Raine. Our current president is the celebrated poet, author, performer and playwright Kae Tempest and our patrons are Neil Gaiman and Alan Moore. We also keenly support the work of the Blake Cottage Trust and have an outpost in the only other surviving Blake property at 17 South Molton Street, London.

We are in a direct line of descent from the Blake Society founded in 1912 by Thomas Wright. This earlier incarnation was inspired by a suggestion made by W.B.Yeats and Edwin Ellis, editors of the first full edition of Blake’s work. Members included other early Titans of Blake studies: Geoffrey Keynes, Joseph Wicksteed, Dr Greville MacDonald, and the president Sir William Blake Richmond K.B. Women were strongly represented in the membership although, unlike the Society today, noticeably absent from the Trustees of 1912. Miss E. Harnden was a member, giving her address as ‘Blake’s Cottage, Felpham, Sussex’. Members hailed from England, Scotland, France, Portugal, South Africa, Canada and Tokyo. Today’s members span six continents.

Their motto was: “Blessed are those who are found studious of literature… Such have their lamps burning and such shall shine as the stars.” – Letter from Blake to Flaxman, 1801.

The contemporary Blake Society and friends at the unveiling of Blake’s gravestone in 2018.

Our Constitution can be downloaded here

Minutes of the 2022 AGM can be downloaded here

Annual Accounts for 2021 can be downloaded here