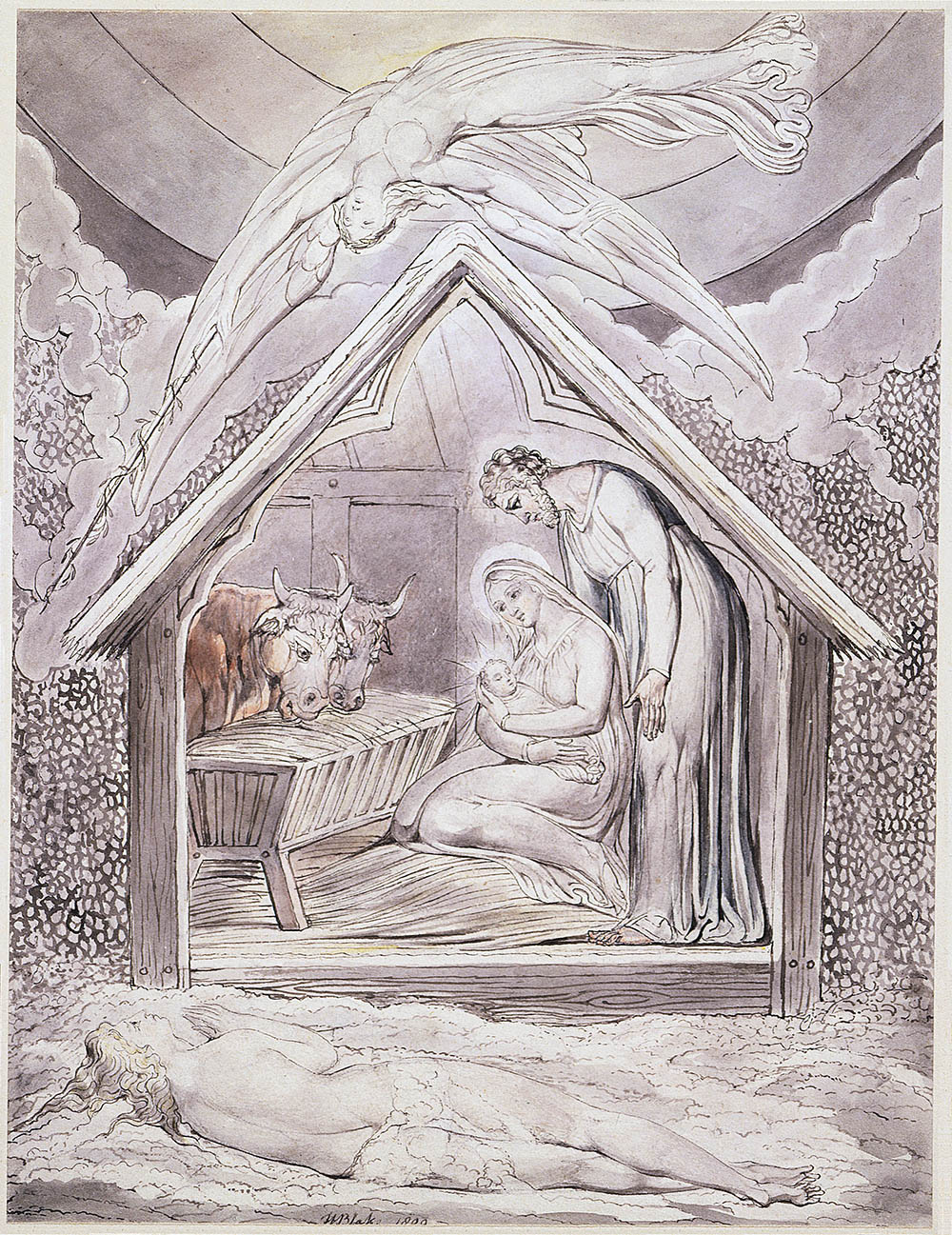 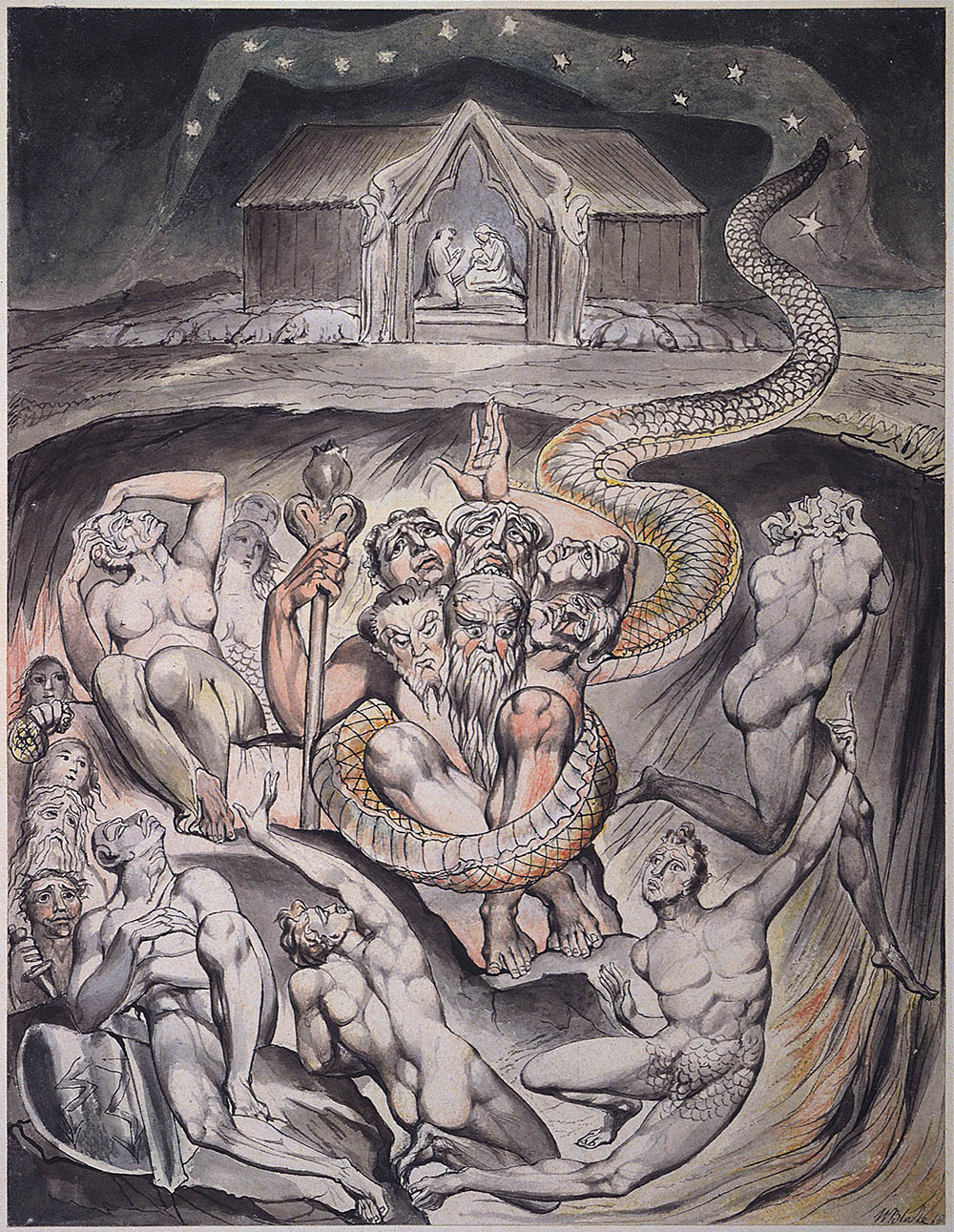 Stephen Pritchard reflects on Blake’s treatment of the Christmas story and offers a poetic response of his own.

The deep of winter came;

What time the secret child,

Descended thro’ the orient gates of the eternal day:

War ceas’d, & all the troops like shadows fled to their abodes.

I’ve always loved these lines from Blake’s Europe a Prophecy (1794) that describe the birth of Jesus/Orc in a beautiful parody of Milton’s On the Morning of Christ’s Nativity:

In the 1970s I started writing a poem in response to Blake’s response to Milton. I would like to invite you to write your own response to their words. This is my offering, which I have just completed 42 years later.

I knew by his manna

He gave himself away.

And every present that

Fell out of yesterday.

Bound to wake the dead:

A child as good, as gold,

Images from Blake’s Illustrations to Milton’s On the Morning of Christ’s Nativity, The Thomas Set, 1809.